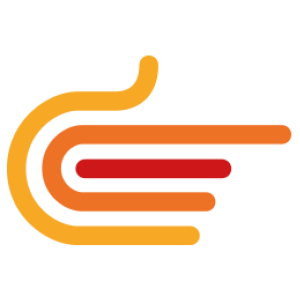 Do You Want to Become a Green Belt or Black Belt?

First of all, let’s clarify the difference between Lean Six Sigma Green Belt and Black Belt.

Most people, who are interested in Lean Six Sigma, would like to become Black Belts, of course. And that is fine because they see the great values this methodology delivers to every organizations, small and large, manufacturing or services.

My advice is different…

If I talk to the Managing Directors, Senior Executives of the organizations considering introducing Lean Six Sigma, I advise them to train as many Green Belts as possible. You can easily get 2-3 Green Belts for the price of a Black Belt.

Because Lean Six Sigma is about company culture change: improving every day at every level; working in a completely new way for better quality and efficiency.

Change won’t happen by one project done by one Black Belt. The Lean Six Sigma mentality has to spread around the organization and that is only possible by having many Green Belts running many improvement projects with many people involved in the project teams.

Only then you will see sudden improvements in the way those people talk, the way they approach daily problems, the way they communicate, work together and make decisions for the good of the business.

“So is there no room for a Black Belt?”

Sure there is. But it is better if one of the Green Belts – after several successful projects – is being elected to be 100% available for Lean Six Sigma work; therefore he becomes a Black Belt in the organization.

Those “new generation Black Belts” have many advantages compared to the “Black Belts by education”:

1.       They know how challenging it is to work on projects next to their daily occupation. Finding the time is not easy when you are already full.

3.       They are more effective when it comes to decision making because the pressure is on their shoulders.

4.       They are also more practical and pragmatic because they are not over-loaded with lots of theory and statistics that they do not need.

5.       They are socially better developed – this is even more important than technical Lean Six Sigma knowledge! This is essential when you have to coach and motivate many other Green Belts in the company.

Being certified as Lean Six Sigma Black Belt and coaching many Green Belts I have seen the information-overload which became an industry standard among Lean Six Sigma training companies.

I received 25 days of training and after going back to work I had no idea how to start my project, which tools I need and what conclusions can I draw from my data. I felt lost…

That was the main reason I decided to collect only the most effective yet easy-to-understand tools that can be applied successfully in 80% of the situations.

In this way, my Green Belt trainings are reduced to 3 days saving at least 50% of the time compared to other programs.

Find out more about my upcoming certification program.

What do you think? Do you have any questions?